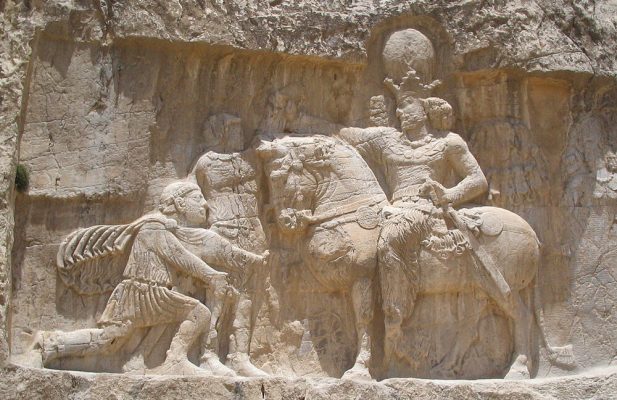 In his brilliant survey of literary topoi in the early Arabic historical tradition, Albrecht Noth argued that, in using Arabic sources for the reconstruction of the Arab conquests of the 7th century, “we must take an all-encompassing view of the forms and the biases of early Islamic tradition as a whole, in order to assess accurately even one occurrence”.[1] Noth dedicated a large part of his book studying the different literary schemata and topoi in Arabic futūḥ (conquest) narratives, their transferability from one event to another, and the complications for the reconstruction of early Arabic history when this “[s]ystematization and schematization” prevails “over purposeful description of actual events…”[2] One of the elements of the early Arabic conquests that he labels a literary topos is the use of duels at the onset of battles between the Sassanians and Arabs.[3] While he concedes that “single combat was beyond any doubt a custom of the early period, especially since this usage has its roots in pre-Islamic times”,[4] his discussion of these duels is quite brief – only about a page in length. But the implications of this labeling of duels as mere topoi are similar to those of his discussion of Persian commanders’ names, contributing, according to Parvaneh Pourshariati, to a “skewed reconstruction of Iranian history”,[5] which forces us to “reckon with this period of Iranian history in a vacuum that has been occasioned by our own lack of research”.[6] This is even more so the case because we know of a Sassanian military tradition of single combat – mard ō mard (man to man). Therefore, we must investigate what this tradition and its usage in the Arab histories tell us about the battles of the early conquest of Iraq. In this essay, argue that these duels had their historical basis in the tradition of mard ō mard, that the diverse descriptions of these duels in the first battles of the conquest of Iraq can make us fairly confident of their historicity, and that the internal controversies among our sources in the battle of al-Qadisiyyah testify to the transformation of this Sassanian military tradition into a literary topos.

After a discussion of the historicity of mard ō mard, literary topoi, and the historical narrative, the paper turns to evaluate the descriptions of duels in the early conquest by evaluating the assumptions made by Noth in his monograph, reemphasizing the credibility of Sayf ibn Umar as a source of factual information, and creating possible explanations for the lacuna in reports of duels between the battles of ‘Ayn al-Tamr and al-Qadisiyyah. In the process, the paper has emphasized the individual character of the different duels in the narratives of the early battles in the conquest of Iraq. Finally, an explanation is given for the internal contradictions within the narratives of the battle of al-Qadisiyyah – that later collectors of Arabic histories stumbled upon or created embellished narratives that emphasized the participation of an individual or tribe at al-Qadisiyyah in order that their descendants could acquire social and possibly economic benefits by association with their forefathers. This paper was written in the Fall of 2020 as a final essay for my seminar in Medieval History and it was published in the Spring 2022 issue of The Helicon: Yale University Undergraduate Journal of Classics, which can be accessed by clicking on the button below.

[6] Pourshariati, Decline and fall of the Sasanian empire, 162.