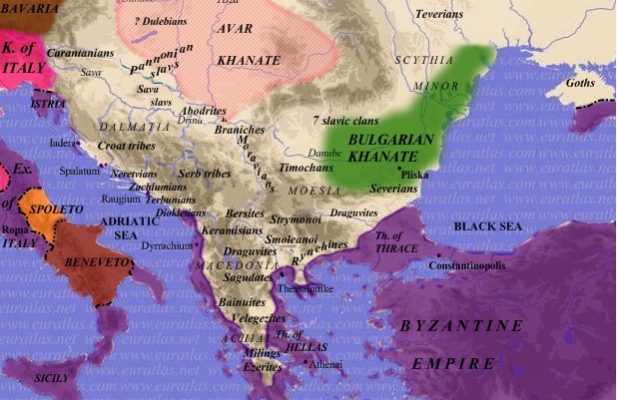 The history of the Balkans in the 7th century has traditionally been associated in scholarship with a period of darkness, in which the Byzantine Empire with its urbanized and centralized system of governance retreated from the region under the stress of invasions by barbarian groups like the Slavs, Avars, and Bulgars. While recent academic contributions have drawn attention to the lack of evidence for large-scale migrations from beyond the Danube, the narrative of destruction, depopulation, and abandonment has persisted, seemingly finding confirmation in the burned ruins of many former Byzantine cities. The most recent major study of the region posited that the 7th-century Balkans were empty, with nobody living in these lands. In my senior thesis, I use a multidisciplinary approach, combining traditional disciplines archeology, numismatics, sigillography, and textual criticism with newer types of paleo-environmental data to pursue three main goals: to demonstrate that what may seem as an empty landscape in the Northern Balkans shows more evidence of continuity than what has traditionally been suggested, that alternative anthropological theories from the perspective of the periphery can offer us different explanations of the observed changes in Balkan society in the 7th century than the “depopulation”, “destruction”, and “invasion”, which dominate scholarship, and that more comparative work with regions like Italy and the post-Roman West may shed more light upon the “Slav lands”. The thesis received an A+ grade from Princeton University’s Classics Department and I had the honor of being awarded the Seeger Center for Hellenic Studies Senior Thesis Prize and the John J. Keaney Prize for best senior thesis. The thesis was supervised by Professors John Haldon and Daniela Mairhofer. To read the introduction to this paper, please click on the button below. The full version is available via an email request to the author.